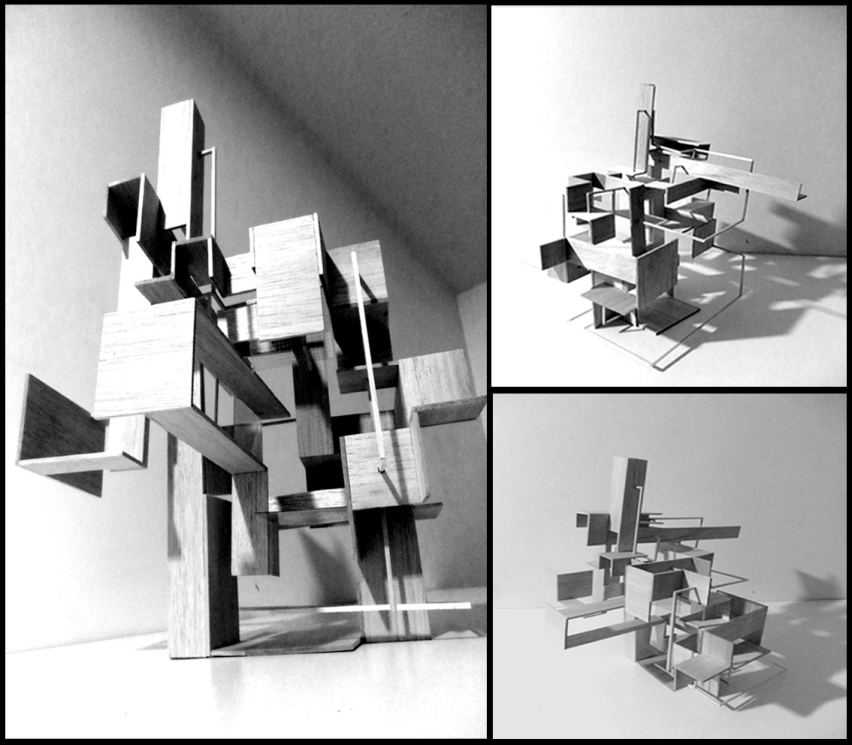 In my new model(variation-III), I created a new variation of Variation-II. For the juxtaposed part, I want to tell how I have achieved them. I decided to separate parts which has different characteristic qualities. Therefore, I used planar elements and made up linear and planar parts. Group seen like linear was stretched more, and planar group was made bigger to feel more planar. With this way I divided two parts. Its main purpose is to remark juxtapositional area between them and in the middle of the model I used linear and planar elements together and acquired juxtapositional volume in there. I used a lot of linear andplanar elements together and revealed different juxtapositional volume.  On the other hand, we were given an opportunities to make mass, so I thought to use massive area in the juxtapositional area to remark it more and  I decided to use mass just on the linear elements. In this new model, we were given a new material(transparency) to used on it, but it is not using an element. My professor said that you should use the new material as a language of your model. I decided to use transparency material to divide some volumes. For instance, A planar element divides two different volume in the model and I used transparency instead of the planar element with this way, I acquired three different juxtapositional volume also strong volume.